Rush Hour 3D is another entertaining title of Good Job Games Studio in racing style for Android operating system. This game is available for free on Google Play.

The Turkish studio Good Job Games is known for making casual  games. In Apk Five, we have published many games from this game studio for you dear ones, including titles such as Paint Pop 3D, Run Race 3D, Color Bump 3D, Fun Race 3D, Color Hole 3D and more… But Rush Hour 3D apk is probably the most different of them, which, apart from the great difference in the gameplay, is probably different from other games in terms of design and graphic details. This is a distinctive developer.

In Rush Hour 3D 20210212, you play the role of a driver on busy streets and roads. Your job will be to follow the path according to the two main elements. The first element is high speed and turning and the second element is not colliding with other cars and vehicles. If you consider these two factors correctly in the game, you can pass the steps in the best way. It can be said that the nature of Rush Hour 3D is a kind of record-breaking because the speed of action, timing and earning more points than the rules of the game can lead to a decrease or increase in your final score. If you make it to the end of the road without colliding with other vehicles, you have passed that stage, but that does not mean that you have succeeded! Success in this game is completed when you have traveled this route without the slightest collision with other cars and in less time.

Of course, this will require quick reactions and precise timing. You have to overtake others very quickly by turning between cars and at the same time be careful not to collide with the cars in front of you! In Rush Hour 3D, you can buy different cars with the money you earn during the stages. The creator of the game claims that each of these cars, which, of course, has its own feeling and mood in different classes, from ordinary rides to trucks. Rush Hour 3D Apk game with realistic graphics and at the same time has a good volume, has provided a fun and dynamic gameplay for the audience that anyone with any taste can enjoy playing it. So do not procrastinate and download the latest version of the game now!

– Download the data file and decompress it. Copy the com.utincomputer.hyperovertake folder to the Android / obb path of the device’s internal storage. 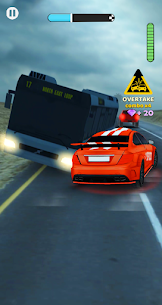 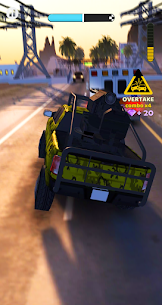 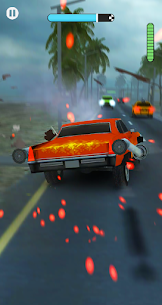 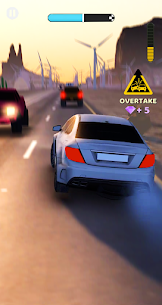 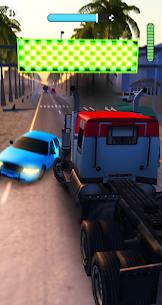 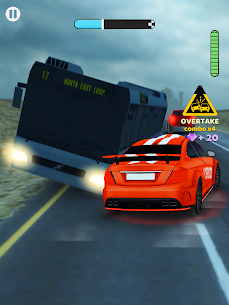