Standoff 2 is the second version of the extremely beautiful, popular and exciting game “Standoff” from Axlebolt game development studio, which is offered for free on Google Play.

The first version of the game was introduced on the site a long time ago and was met with a great response, and now it is the turn of the second version!

In Standoff 2; As in the previous version, you can participate in first-person shooting battles by choosing one of two different types of tactical and strike teams; If you want to become one of the best warriors in the game, you have to defeat the enemy as much as you can; Remember that you can use a variety of light and heavy weapons and progress from beginner to general level! You can compete with friends or other users from all over the world! Excellent touch controllers of the game allow you to guide the main character, and with the built-in buttons on both sides of the screen, you can do various shooting, jumping, etc., and experience one of the most beautiful shooter and shooting games on Android! The game has improvements compared to the first version and includes more content, and we recommend it to all lovers of action games, shooting and the famous counter game!

Standoff 2 game has been downloaded more than 5 million times by Android users around the world and was able to get a score of 4.6 out of 5.0. General features of the game include shooting in a variety of locations and environments from around the world; Battle with friends in multiplayer modes; A wide range of weapons to choose from and use; Excellent touch controllers to guide the character and perform various tasks; Fantastic sound; Addictive gameplay; Ability to chat with friends in real images; Includes various maps to choose from and overall good build it mentioned!

The game is completely free and there is no need to invest real money. You’ll find the latest weapons, new game locations, modern battle modes, and more. Special forces forces and terrorists converge in a full-time confrontation. Each user can choose one of the sides and fight with the enemies. The game is multiplayer and here it is necessary to cooperate with allies, here it is rarely possible to win.

Download Standoff 2 is equipped with a great game chat, and there are cool emoticons that will help express emotions and get to know other players. There are no territorial boundaries. The developers are also considering adding voice chat.

If the game is to gain popularity among the game audience, then the creators promise to add several game modes and the ability to change skins. The game will also have the ability to customize the user interface: everything can be customized.

The personal achievement schedule will be updated every day, this will help determine the best shooter of the week or month. Standoff 2 has the ability to play with friends, you can create your own invincible team. 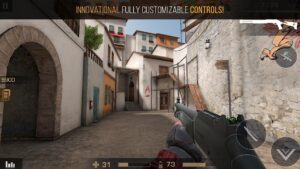 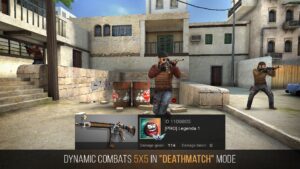 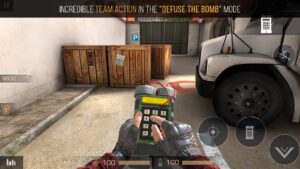